Release Blitz ~ Out of Time - The Synchronicity Series: Book One by Michelle Garren Flye 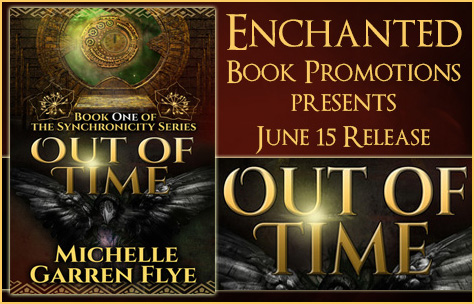 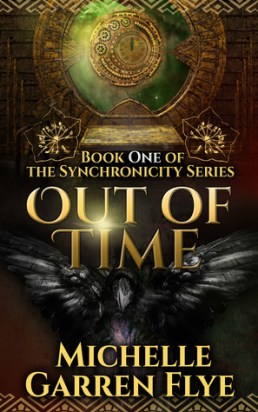 Title: Out of Time
Author: Michelle Garren Flye
Genre: Romantic Fantasy
Tucked away in the mountains of North Carolina, the people of the strange little town of Sanctuary have enjoyed their status as a tourist attraction and Renaissance faire destination for decades. But on her twenty-sixth birthday, Kaelyn Anderson discovers a dark secret about her hometown.
The only reality she’s ever known has proven false. Now, her last hope lies in an unusual alliance with the son of the enemy she didn’t even know she had. Under the protection of Jack, an Elf prince, Kaelyn plunges into Cherokee lore to find the answer that will protect her people from invaders from another world.
Can Kaelyn and Jack form an alliance between three factions to fight their common enemy, or are they out of time? Michelle Garren Flye is an award-winning author of romance and women’s fiction. Reviewers have described her work as: “an engaging novel with charming and likable characters”, a story that “will make you believe in love and second chances”, and a “well-written and thought-provoking novel.”
Michelle placed third in the Hyperink Romance Writing Contest for her short story “Life After”. Her short stories have been published by the romance anthology Foreign Affairs, Opium.com, SmokelongQuarterly.com and Flashquake.com. She has served on the editorial staffs of Horror Library, Butcher Shop Quartet and Tattered Souls.
Michelle has a Bachelor’s degree in Journalism and Mass Communication from the University of North Carolina at Chapel Hill and a Master’s degree in Library and Information Science from the University of North Carolina at Greensboro. She is the mother of three and lives in North Carolina with her husband and their rapidly growing collection of pets.