In the Assassin's Arms 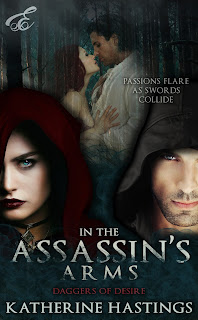 John Douglas may be a well-trained political assassin, but he has met his match in the woman he once called a friend. When his childhood playmate reenters his life, she's not looking to rekindle their friendship... she's out for blood.

With a vendetta to settle, Charlotte Cornewalle isn't stopping until she finds the man who killed her father. All signs point to Robert Douglas, the leader of the opposing faction of assassins... and John's father. To get her revenge, no one will stand in her way... not even the boy she once adored.

Fate forces them together as they fight to prove their innocence and right the wrongs they have suffered. Sparks fly from more than just their swords, but will they be able to put the past behind them? Will they be able to find the truth before it destroys them both? 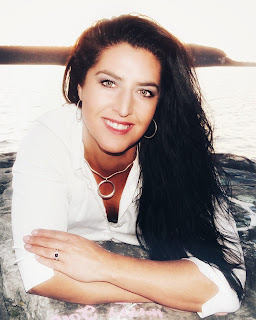 Katherine Hastings loves love. It’s why she writes romance novels. Getting lost writing a romantic adventure is one of her favorite pastimes. When she’s not on an adventure in her mind with her characters, she can be found at her home in Wisconsin snuggling her husband, two Boston Terriers, and the world’s naughtiest cat. Two things make Katherine want to leave her happy home these days... going for rides on her dressage pony or floating at the beach in her big inflatable raft. Writing her novels while floating in the lake is one of her ultimate pleasures... that and Fried Wisconsin Cheese Curds, of course.