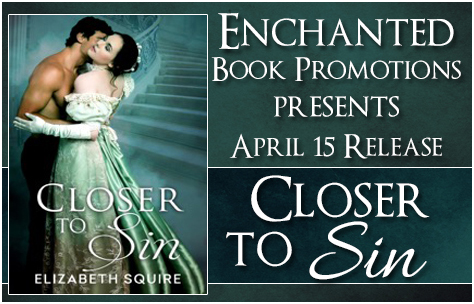 Title: Closer to Sin
Author: Elizabeth Squire
Genre: Historical Romance
Elizabeth Squire brings a fresh voice to historical romance in this tale of intrigue and passion.
CLOSER TO SIN
Liliane Desailly travels to Napoleonic France after receiving a plea for help from her French cousin. She learns she is the key to fulfilling her grandfather’s legacy, but to do so she must masquerade as a spy and courier secrets on behalf of the British Admiralty.
Sinclair Charlcroft is the British Admiralty’s last hope. Napoleon’s Grande Armée is poised to invade Britain, an English spy is missing and a traitor has infiltrated the Admiralty’s intelligence network.
Pursued by Napoleon’s agents, Liliane and Sinclair cannot reveal their true identities until they unlock the secrets of the legacy—and only then can they unlock the secrets in their hearts. 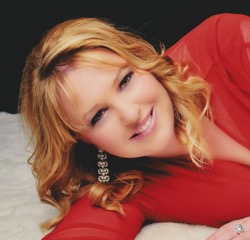 Elizabeth Squire’s love of writing romance couldn’t be further from the life she had carved out for herself. Raised in outback and rural Australia, Elizabeth was determined to live a life vibrant with passion, travel, adventure and discovery—other than the one she had already lived through the pages of the innumerable she read and loved. And so, turning her back on a life in the bush, she invested a lot of years chasing her dreams—she enjoyed a career as a commissioned in the Royal Australian Navy, and counts white-water rafting the Zambezi River, travelling by safari truck through Africa, and back-packing through Eastern Europe with her young family as just a few of her many adventures.
But amongst the adventure, the urge to write intensified as story lines and dialogue continued to materialise from the recesses of her mind. She finally accepted that the voices in her head were really characters enmeshed in the tumultuous Georgian and Regency periods, vying for life on paper.
After a nomadic lifestyle, Elizabeth has now settled into her own home and loves nothing better than bringing her passionate heroines and daring rakes to life. She lives with her own hero and one true love, two beautiful daughters and two delinquent miniature long-haired dachshunds. Closer to Sin is Elizabeth’s debut novel.