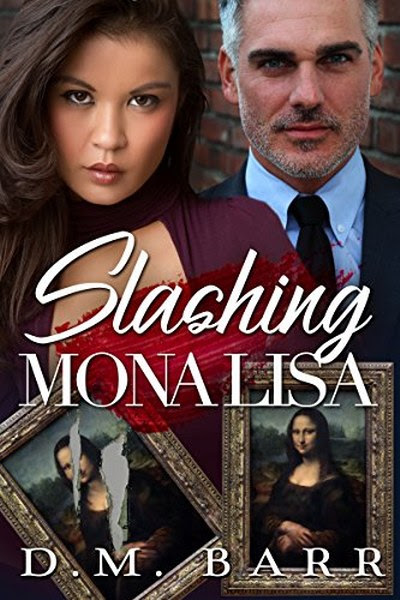 Most
people are dying to lose a few pounds. Not so in Slashing
Mona Lisa,
where it's the weight-loss advocates who are losing their
lives.

Rookie
journalist Camarin Torres is a crusader against discrimination,
partially to assuage the guilt she feels over the suicide of her
obese, bullied twin sister. She reluctantly accepts a job offered by
handsome publisher Lyle Fletcher, a widower with a vendetta, who sees
Torres as salvation for Trend,
his fledgling fashion magazine. Torres, however, detests everything
the publication stands for, and joins solely to transform its
judgmental, objectifying content.

As
an unexpected romance blossoms, the overconfident, justice-hungry
reporter defies orders and infiltrates Mangel's world—only to find
herself in the crosshairs of a vigilante group targeting the
sixty-billion-dollar diet industry. Unmasking the killer may save her
life but shatter her heart: every clue seems to implicate Fletcher,
her mercurial mentor and lover, as the group's mastermind.

With
a sassy, snarky voice and multi-cultural overtones, Sashing
Mona Lisa explores
body shaming and its victims: the disenfranchised who don't conform
to society's arbitrary norms, and the lengths they will go to for
love and acceptance. 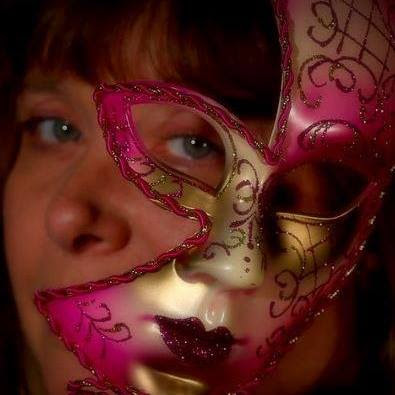 My
background includes stints in travel marketing, travel journalism,
meeting planning, public relations and real estate. I was, for a long
and happy time, an award-winning magazine writer and editor. Then
kids happened. And I needed to actually make money. Now they're off
doing whatever it is they do (of which I have no idea since they
won't friend me on Facebook) and I can spend my spare time weaving
tales of debauchery and whatever else tickles my fancy.

The
main thing to remember about my work is that I am NOT one of my
characters. For example, as a real estate broker, I've never played
Bondage Bingo in one of my empty listings or offed anyone at my local
diet clinic.

But
that's not to say I haven't wanted to...


What was the inspiration for this current novel?
I noticed that two different camps target those who feel they are overweight.  One camp is the traditional weight loss industry but the other is the group of “experts” telling the overweight they’re fine just the way they are—as long as they pay thousands to read books and attend seminars that reinforce this fact. It seems that hope and validation are the most expensive items for sale.  That’s the premise of Slashing Mona Lisa.

Where did the title “Slashing Mona Lisa” come from?
In my twenties, I was skinny (I always have gone up and down in weight) and was dating a Scotsman in the travel industry. I warned him that I had a tendency to gain weight. He responded, “Don’t do that, it would be like slashing the Mona Lisa.” I broke up with him shortly afterwards.. One of the characters in this novel repeats that line verbatim and it encapsulates my feelings about how some people sum up a person’s entire worth by numbers on the scale.

Have you suffered any of the weight angst that your characters experience in the book?
I’ve traveled the road between size 2 and size 16 many times in my life and I’ve known men who were kind and friendly to me when skinny and avoided me like the plague when I gained weight. I think a lot of the angst is self-inflicted however, thanks to a mother who in many ways, was like Ana in the book, very concerned about a daughter’s weight over everything else. I have tried very hard not to repeat that mistake with my children.


Are there similarities between the characters in this book and your last novel?
I am noticing some recurrent themes in my books, so novel writing has become an affordable form of psychoanalysis! My books always seem to have a girl tied to a bed, though the reasons are very different in each book. They also have complicated mother-daughter relationships. Both books have LGBTQ characters but Slashing Mona Lisa is far more multi-cultural. And I think both novels reflect my past—in Expired Listings, my life as a Realtor and my friendships with people in the BDSM scene and in Slashing Mona Lisa, my feelings as a yoyo dieter, my friends in the world of dueling piano bars and my fascination with Cockney rhyming slang.


Why is your main character Chamorro in Slashing Mona Lisa?
I needed a heroine whose family had roots in tribal religions, who might believe that an epileptic or overweight person could be possessed by the devil. The exorcism scene was key to the storyline. But there is a lot of multi-culturalism in Slashing Mona Lisa—Chamorro, British, Jamaican, African-American, Asian as well as characters from the LGBQT community. It’s a true reflection of living in NYC.


How long does it take for you to write a book?
Anywhere from one month to ten years! Not to sound glib but my first book actually took ten years, on and off. With this one, I signed up for NaNoWriMo, the National Novel Writing Month, in November 2017, and pledged to write 50,000 words in 30 days. I ended up writing 65,000 which I added to the 9,000 I started with. During the editing phase, it grew to 86,000+. That daily discipline worked wonders!

Do you know the ending before writing your books?
When I started this book, I had three different potential storylines, each with a different killer. The ending that made the cut was a compromise between two of those storylines. I can’t say more without revealing too much except to say that romances and side plots often develop as I write. I have no control over what my characters do or their sometimes-crude language. I apologize on their behalf.

What's next for you?
My next novel will be more of a contemporary romance unless I manage to stick in a murder or two. Since I try to explore issues in my books, this one will tackle elder abuse.