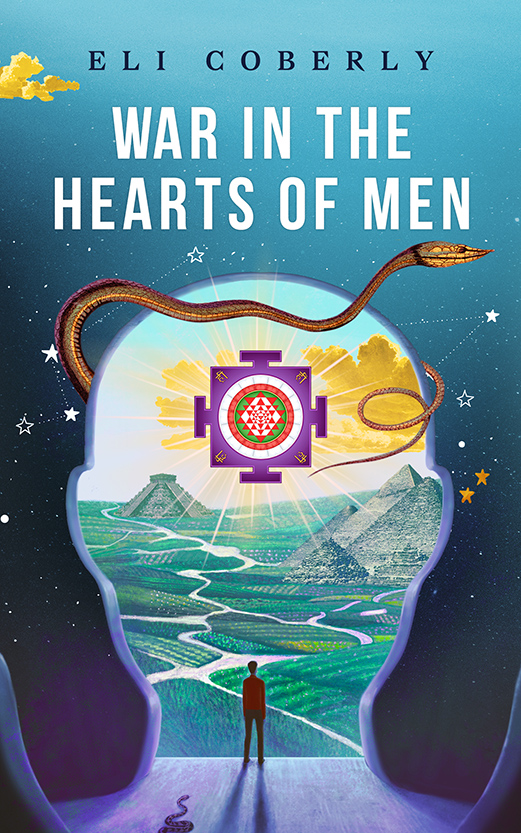 In War in the Hearts of Men, Eli Coberly details his lifelong quest to understand the Maya culture and its impact on the present. The author shares his discovery of the artistry of stone-carved symbols on the heels of his extensive travels to both Central and South America. In this intimate and inspirational text, Coberly contrasts contemporary life with the past as he explores spiritual rituals that formed the framework of the ancient Maya culture. War in the Hearts of Men, which identifies and interprets the historical ideologies that suppressed the feminine, displayed the cultural imbalances caused by rampant colonialism, and resulted in the subjugation of Native populations over many centuries, furthers the journey of enlightenment sought by those wise enough to learn from the past. 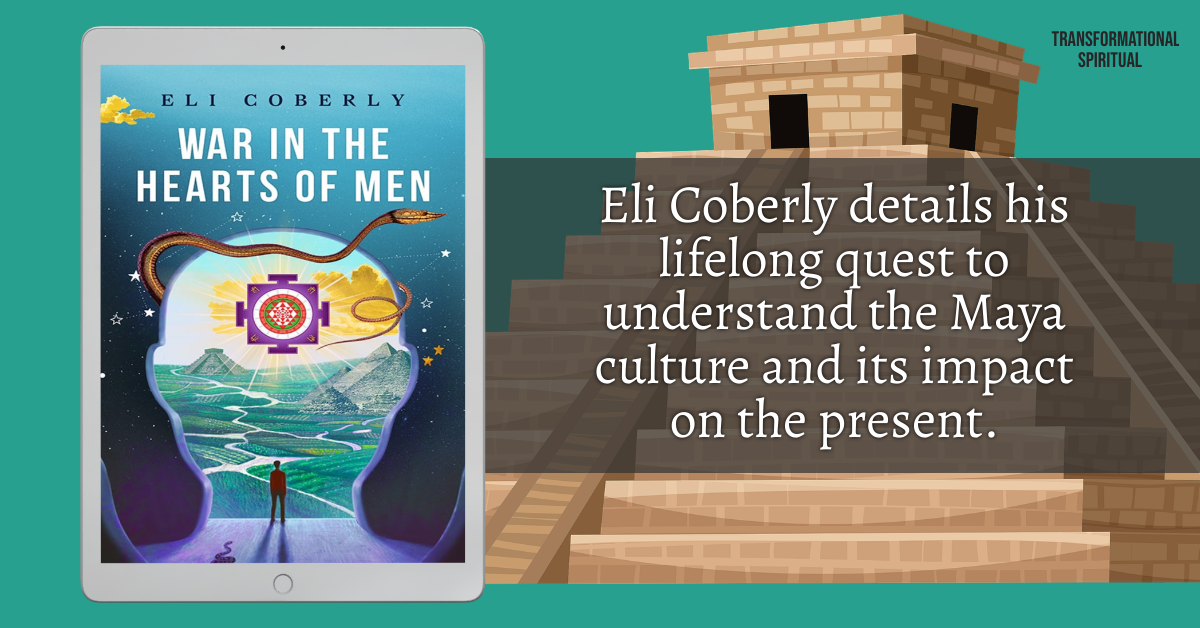 After failing in relationships more often than I’ve succeeded, I realize that on this planet our current model of masculinity is not working. I felt the experience of this truth so deeply, it became impossible to ignore. Through my own trauma post-military service and my personal search for truth, I found a way to internally transform myself through not just the physical practice of yoga, but in keeping with the philosophy of the religion of yoga, which isn’t limited to the Far East.

I felt the need to be more than just the change I wished to see in the world. I felt the urge to serve as a beacon to correct the imbalance of the sexes and the manifestations of war.

What a long, strange trip it’s been.

It was the fall of 1996 when I arrived at my first Army duty station at Fort Bragg, North Carolina. I walked into the barracks to witness a man smoking a cigarette in the hallway. The smoke burnt his eyes as the glow in the dimly lighted hallway illuminated his face. The ash piled on the floor as it swirled down the tile hallway full of chiseled bodies clad in camouflage. I followed the path of smoke and ash, visually connecting last names with faces.

His hand shook from withdrawal. As he cleaned his M-60, A bead of alcohol-infused sweat dripped from his nose. It seemed to fall in slow motion into the chamber.

I watched in awe.

“Everyone, say hi to the new cherry,” said the platoon sergeant.

Just then a man of my same rank asked me to do push-ups.

This didn’t sit well with anyone.

Over the next week I was harassed more and more, especially when they found out I could do more pushups and run faster. I wanted their acceptance and, more than anything, their trust. But I was torn between acting tough and being a pushover.

As soon as it hit five o'clock, most of the other soldiers were downing Bud Lights and chain-smoking. Usually around midnight a few of them started to yell Babalu. I was unsure what that meant. Each night it became louder and louder.

One night I heard pounding on my door.

I was thinking they’d accepted me. This would be a bonding experience. Standing in my underwear at the door, I unlocked the deadbolt. Ten guys wearing black leather gloves, some masked and some not, rushed me, pinned me down and locked the door. I knew exactly who they were.

They shut out the light for a second that seemed like an eternity. It was silent. They began to chant.

The chants grew louder and louder. My hands and feet were restrained, my eyes covered by a towel. I smelled rubbing alcohol in the darkness. As I peered under my blindfold, I saw the black gloves illuminated and burning in blue flame. Their hands began to beat my upper torso with great force.

In tears I took the beating. I was powerless and silent. It was the worst pain I had ever felt. I gasped as one of them cupped a hand over my mouth. Something alerted the sergeant downstairs at the front desk. They must’ve heard him coming, because they all fled at once.

“Coberly, are you okay?” he yelled as he entered the room.

“Bullshit, go to bed. We’ll deal with this in the morning,” he said.

Just as soon as I closed my eyes, they opened. I heard a loud banging on the door.

Sergeant Bromly, the guy from the night before, yelled, “Get the fuck up, were going to the First Sergeant’s.”

“Just to let you know, Hess and Mcguff are already standing tall before the man,” he whispered in my ear as we walked down the stairs.

I felt sick to my stomach, not only because of the pain from my beating, but because I knew they were aware of what had happened. I would be either hated for the rest of my enlistment, or I could keep my mouth shut. I had to make a choice in that instant.

Sergeant Bromly opened the door and the wind pulled me to the desk. I screeched to the position of attention and saluted the company commander.

“At ease, Coberly. What the fuck! Lift up your shirt,” he ordered.

I looked to my left. Bromley, Hess and Mcguff were all at parade rest just like I was.

I took a deep breath. Before I exhaled, the First Sergeant chimed in, “You heard the man.”

I pulled up my gray army shirt and the First Sergeant yelled, “Jesus fucking Christ, what the hell happened?”

I looked and saw handprint on top of handprint in every color of the rainbow.

I looked over at the other guys. In an instant, I pictured a long hellish time out in the field on training exercises.

The captain winced as I cleared my throat. “It’s like I said, sir.”

The First Sergeant, a crusty lifer, smirked behind his mustache, as if saying that he liked my style. Nevertheless, I was busted down two ranks. I was court martialed for lying to an officer. But for me it was worth it, because I gained the trust of the rest of the group forever. I buried that memory the best I could. 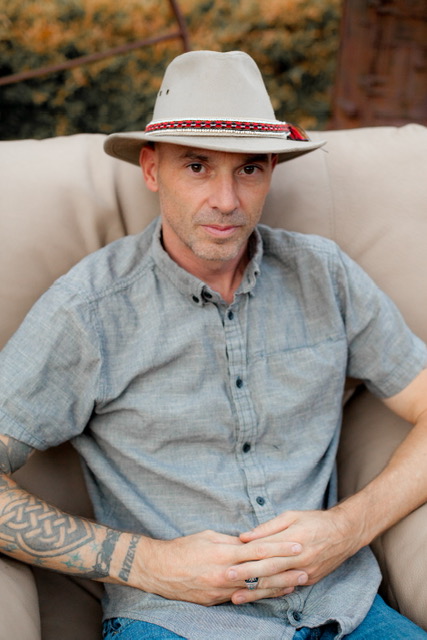 Eli Coberly is a world traveler and seeker of truth through adventure. At seventeen, he left his small Pacific Northwest town to fulfill his dream of becoming an Army paratrooper. At twenty, he was honorably discharged and began his search for a new dream. Eli’s writing has taken him worldwide to explore a few of the bigger questions of our human existence, and his prophetic worldview combines military service, counterculture, and the anthropology and archeology of the world’s religious symbols. He has studied the migration of the indigenous and ingested their medicine, absorbed their art, and embodied their cosmovision. A yoga therapist, Eli has been a student of yoga for over a decade. When he isn’t writing or practicing yoga, Eli can be found examining Tibetan Buddhist tradition, sitting in ceremony with Maya priests, and traversing caves deep in the Belize jungle. He currently resides in Northern California.