Book Blast ~ Tears of the Silenced by Misty Griffin

We're thrilled to be hosting Misty Griffin's TEARS OF THE SILENCED Book Blast today!  Pick up your copy! 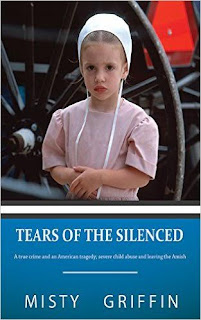 Title:
Tears of the Silenced

One freezing morning in early March I made a dash
for a tiny police station in rural Minnesota. I was a frightened Amish
girl with no where to go, a second grade education and no ID or social security
card...... Based on the authors tragic true life story.

When I was six years old my
family started to live and dress like the Amish. My sister and I were kept as
slaves on a mountain ranch where we were subjected to almost complete
isolation, sexual abuse and extreme physical violence. My step-father kept a
loaded rifle by the door at all times and we were to terrified to try to
escape. We knew that no rescue would ever come because only a couple of people
even knew we existed and they did not know us well enough to care.
In my late teens my parents
feared we would escape and took us to an Amish community where we were adopted
and became baptized members. I was devastated to once again find myself in a
world of fear, animal cruelty and sexual abuse. Going to the police was
forbidden. A few years later I was sexually assaulted by the bishop, I knew I
had to get help and one freezing morning in early March I made a dash for a
tiny police station in rural Minnesota. When I refused to recant my police
report I was excommunicated from the Amish and found myself plummeted into the
strange modern world with only a second grade education and no ID or social
security card.
To
all abuse survivors out there, please be encouraged, the cycle of abuse can be
broken. Today, ten years later, I am a nursing student working towards my
Masters degree and a child abuse awareness activist. This is my story....... 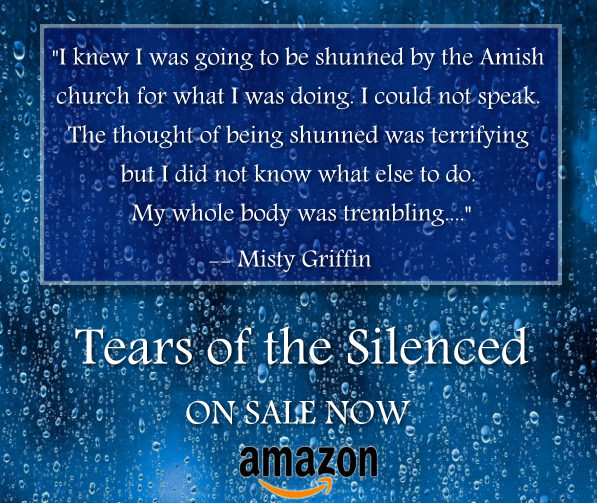 
I walked through the front door of
the tiny police station and went over to a heavy wood counter, where a
middle-aged policewoman sat at a computer. She looked up as I stood there, watching
her. I saw a surprised look on her face as she stared back at me. I imagined I
was very different from the people who normally walked up to her desk.
I was a young Amish woman, just a
little over five feet tall, wearing an almost ankle-length, plain, teal-colored
dress and apron, followed by knee-length black socks and black shoes. My coat
was a homemade denim coat with a high collar and hooks and eyes going down the
front. On my head was a stiff
white Amish kapp that covered nearly all my reddish-brown hair and was tied in
a small bow under my chin.

I was shaking as I stood there,
looking at the woman. I tried to get up enough courage to say something, I knew
I was going to be shunned by the Amish church for what I was doing. I could not
speak. The thought of being shunned was terrifying but I did not know what else
to do. My whole body was trembling.... 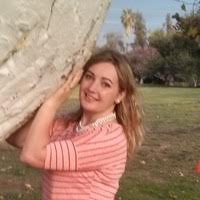 When Misty left the Amish she had a bare second grade
education and suffered severe PTSD caused by the horrifying abuse she suffered
as a child and later at the hands of the Amish bishop. Today, ten years later
she is a nursing student, wife and a Child abuse/Sexual assault awareness
activist.
For More Information

Posted by Janet Greaves at 1:45 AM