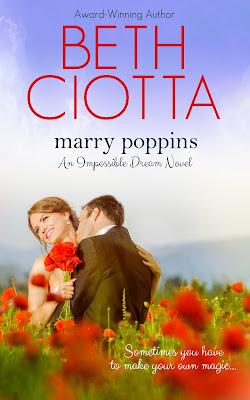 When fate bobbles your dream,
sometimes you have to make your own magic…

She wants a family.
He needs a wife. A marriage-of-convenience solves a myriad of problems for
unlucky Georgie Poppins and down-on-his-luck Bryce Morgan. Falling in love
wasn’t part of the bargain so no one is more surprised than Georgie and Bryce
when sexual sparks ignite a full-blown romance. Unfortunately, as love swells,
trouble mounts, including a glitch at Impossible Dream.com—an Internet company
designed to match people with their most avid desire. Maybe Georgie and Bryce
weren’t meant to be after all. 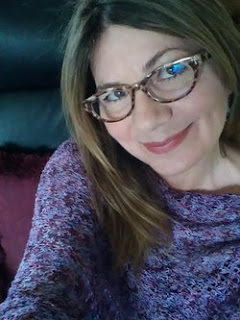 Beth
Ciotta is an
award-winning author who specializes in quirky romantic adventures. Dubbed “fun
and sexy” by Publishers Weekly, her work includes contemporary, historical, and
paranormal romantic fiction. Beth lives in New Jersey with her husband, two
zany dogs, and a crazy cat.

A retired professional performer, Beth now pours her artistic passion into her
writing. To learn more about her colorful life, visit her website at www.bethciotta.com