I knew falling in love with him was bad for us both, but I did it anyway.

For a brief moment, we had it all. Even though he was leaving to join the Marines and I had four years of college ahead of me, he was everything I ever wanted, but didn’t think I deserved.
But real life has a way of dashing dreams—and that happy future we envisioned together? It disappeared at the hands of a monster.

Ten years have passed, and I’m not the same naïve girl who believed in happily-ever-afters. When my mother passes away and I find myself caring for my two teenage brothers, the last thing on my mind should be reconnecting with the hottie-turned-hero who I loved at seventeen.

If I want a second chance at his heart, I’ll have to trust him with the secrets that tore us apart.

This is a FULL-LENGTH, STANDALONE, with NO CLIFFHANGER.

Please note there is a graphic scene that may be a trigger for some.

I thought it was just one night with my brother’s best friend. The boy I had dreamt about since he gave me my first kiss, under the lights of the Ferris wheel.

I knew he was about to leave for a year – no chance for a future.

But our one night together would create memories for a lifetime.

Our paths crossed again, but I had lied, and he was no longer the man he once was. He was warring against demons. Against the silence that was threatening to swallow him. And I had kept a secret from him, one he would never forgive me for.

But my secret was about to be ripped open. Displayed for the world on national news. And I had only one way to repair the damage.

I had to trust the man I lied to.

The man I never got the chance to make a life with.

The only man who could save what we had created together. 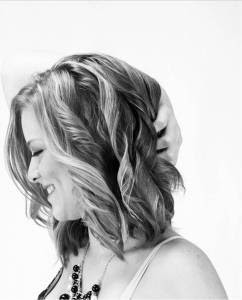 New York Times and USA Today Bestselling author Nicole Blanchard lives in Florida with her family and their menagerie of animals. She chooses each day to chase her own fairy tale even if they contain their fair share of dragons. She is married to her best friend and owns her own business.

Nicole survives on a diet of too many books and substantial amounts of root beer and slim jims. When not reading, she’s lavishing attention on her family or inhaling every episode of The Walking Dead and The Big Bang Theory.