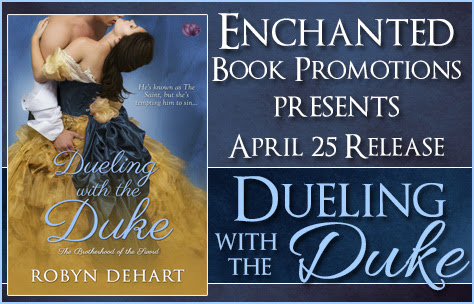 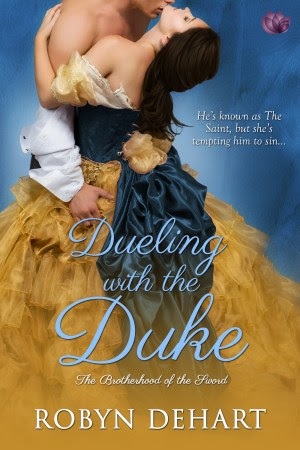 Gabriel Campbell, Duke of Lynford never intended to carry that title, but when his reckless brother gets himself killed in a duel over a woman, Gabe has no choice. Now he’s sworn off love, blaming the woman that broke his brother’s heart and led to his untimely death.
Lilith Crisp, Lady Thornton, knew from a young age that pretty girls grow up and get married off to the highest bidder. Being paraded around London as her husband’s trophy has taught her some unique skills and now she can manipulate any man for his darkest secrets.
Gabriel’s position in the Brotherhood of the Sword leads him directly to Lilith’s door. For Gabe, Lilith is the one woman he’s always wanted, and Lilith is now forced to deal with a man who seems immune to her charms. But a secret about Lilith’s niece brings them together to face a danger that threatens not only their lives, but the fate of England’s Crown. Resisting Lilith is getting more and more difficult and Gabe finally recognizes that he can’t keep blaming her for his brother’s fate. Finding love means forgiving the past and that might be the one thing they simply can’t do…

National Bestselling author, Robyn DeHart’s novels have appeared in the top bestselling romance and historical romance lists. Her books have been translated into nearly a dozen languages. Her historical romantic adventure series, The Legend Hunters, were not only bestsellers, but also award-winners, snagging a Reader’s Crown and a Reviewer’s Choice award. She had three releases in 2013 and 2014 will see four more, all set in the popular historical romance Regency and Victorian eras.
Known for her “strong dialogue and characters that leap off the page” (RT Bookclub) and her “sizzling romance” (Publishers Weekly), her books have been featured in USA Today and the Chicago Tribune. A popular writing instructor, she has given speeches at writing conferences in Los Angeles, DC, New York, Dallas, Nashville and Toronto, among many others.
When not writing, you can find Robyn hanging out with her family, husband (The Professor) a university professor of Political Science and their two ridiculously beautiful and smart daughters, Busybee and Babybee as well as two spoiled-rotten cats. They live in the hill country of Texas where it’s hot eight months of the year, but those big blue skies make it worth it.