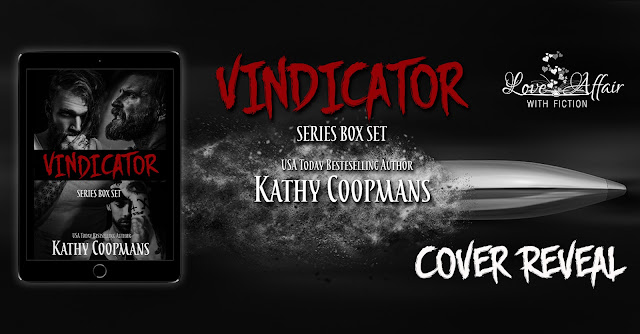 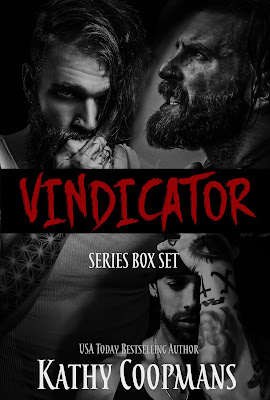 VENGEANCE
I often wondered if Vengeance came with a price. I never cared, not after the torture I’ve endured.
For me, Vengeance is best served through the eyes of my scope. The twitch of my finger. The pull of a trigger.
The death of someone who deserves to die.
Revenge, retribution, and retaliation are all that comes to mind.
Cruel and brutal punishment for the hell inflicted on my family is all I’ve ever been able to think about.
The betrayal fresh in mind years later, reminding me of the day my world came crashing down.
I lost everything.
The woman I loved.
My sister.
My parents.
Myself.
You know what else I say about Vengeance?
It’s best served frozen.
No side dish of compassion. No extra helping of warning.
No dessert called a second chance.
The price I want for it.
Is written in blood.
Author Note- This book does contain triggers. It’s noted here as well as the beginning of the book.
WARRANT
Every wrongdoing warrants a consequence. In my case, I’ve decided to settle the score with death.
Especially when, what brought this on, what stirred up my crazy, was the vicious attack on an innocent young girl.
Worse, one that ended in her death.
Years, I’ve been plotting to take out the men I used to call my brothers.
The men who double-crossed me by brutally murdering my sister.
I want revenge. I need it. Crave it. It’s in my blood.
I planned to stop at nothing. No matter, if I conflicted pain on another woman.
After all, it was her brother who killed my sister. I figured, why not make him suffer the same way I have.
One tiny glimpse of her changes everything.
Or does it?
Maybe, just maybe, the little siren I wanted to harm is going to single-handedly slaughter me instead.
Lies. Deceit.
Manipulation.
Gotta love a tangled web of warranted deception.
* Author note. This book does contain triggers. Please be advised.
A warranted HEA guaranteed.
RETALIATION
As far back as I can remember, I pushed away those ugly demons looping their venom around my brain.
Trying to turn me into a man I never wanted to be.
“Do what we say or die.”
Words filled with poison, they slowly dripped in my veins, leaving me a mess of a man, and walking that thin line between
right and wrong.
I never wanted to be a killer; now it’s a craving I need to survive.
The man I used to be never wanted to cause anyone an ounce of unbearable pain, because I know first-hand what it feels
like.
That choking in your throat, barely able to breathe heartbreak of those who died, left behind.
The men I’m killing, they left me no choice but to walk a line chalked with retaliation.
To leave the woman I love behind.
I didn’t take a life like they claim to cause her pain. I sacrificed a lifetime with her to keep her alive.
But, after fourteen years of her living that lie, I’m crossing another line.
One I was warned to never step over.
“Stay away from her, or she dies.”
*Author Note- This book may spark triggers. 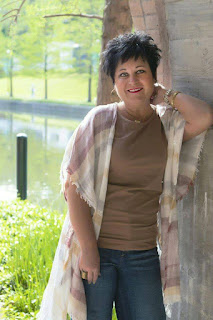 USA Today Best Selling Author Kathy Coopmans is a Michigan native where she lives with her husband, Tony. They have two son’s Aaron and Shane.
She is a sports nut. Her favorite sports include NASCAR, Baseball, and Football.

She has recently retired from her day job to become a full-time writer.
She has always been an avid reader and at the young age of 50 decided she wanted to write. She claims she can do several things at once and still stay on task. Her favorite quote is “I got this.”
Website | Facebook | Instagram | Twitter | Reader Group | Newsletter