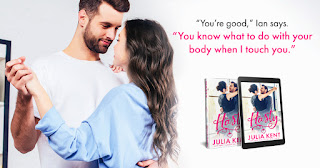 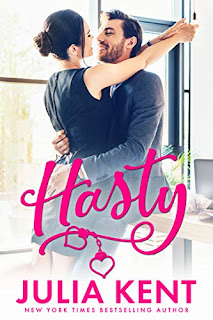 I never thought my perp walk would lead to true love.

Then again, I never thought I’d be arrested on RICO charges and hauled away in zip ties on camera for the world to see, minutes after closing the most amazing deal of my career.

And all of it in front of my biggest rival, billionaire wunderkind Ian McRory.

I am a sucker.

But the worst part? I have to go back to my hometown and live in my bedroom filled with relics from my childhood.

Lisa Frank never made me so mad before.

Just when I needed a rescue, I got one — in the form of help from my biggest rival.

He can’t bring back my money.

He certainly can’t bring back my reputation or my pride.

But there’s one thing he can bring back to me.

A sense of hope.

Ian sees something in me no one else does, and he’s relentless about making me see it, too. As we grow closer, I’m starting to see that while my entire life used to be a lie, the truth is staring me in the present — and it’s a truth I like very, very much, hot eyes and gorgeous smile and all.

But I have to be careful.

The final book in the USA Today bestselling Do-Over Series (Fluffy, Perky, Feisty), as Mallory's sister, Hastings "Hasty" Monahan gets her turn at a happily ever after that starts off with an arrest. 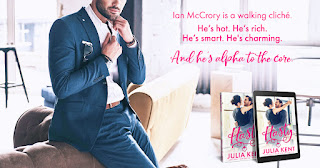 Ian keeps chasing me, though. Why? And why does the fact that he won't let up thrill me?


That's the part I hate. The thrill. The zing of arousal that shoots through me every time that jerkface–who isn't a jerk–does this. He's pursuing me and I don't understand it, but I do like it.
More than I want to admit.
The fight inside me feels like layers of muscles in my abs are in a tug-of-war. Ian McCrory represents everything I fought to achieve in my old life. Self-made billionaire. Liked by everyone. Admired by even more.
Respected for his hardcore negotiating skills.
And droolingly handsome.
He was my nemesis. My enemy. The guy who sniped deals, and who I sniped from. We were adversaries, but he flipped the script, didn't he? Coming to my rescue. Aiding me in a time of need.
I don't want to need him.
And I especially don't need to want him.
I stare at the phone. Just as my finger goes to the Power button to turn it off again, three dots appear.
One dinner. Indulge me?
I go into my contacts, and I block him.
He just proved me right.
Taking help from people means you're obligated.
And no matter how sweet the currency he's dangling, I don't like owing him.
I don't like owing anyone.
Burke turned my entire life into one big debt.
But my body isn't available as collateral.
And neither is my heart.

Other Standalone Books in the Series:

From billionaires to BBWs to new adult rock stars, Julia finds a sensual, goofy joy in every contemporary romance she writes. Unlike Shannon from Shopping for a Billionaire, she did not meet her husband after dropping her phone in a men's room toilet (and he isn't a billionaire she met in a romantic comedy).

She lives in New England with her husband and three children where she is the only person in the household with the gene required to change empty toilet paper rolls.