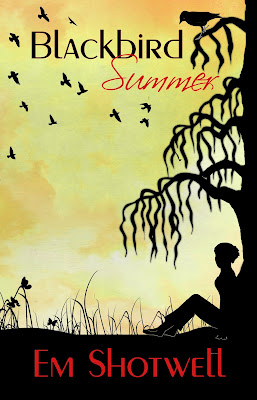 When people fear the unknown, being Gifted is a curse.

In the cornerstone of the rural south, Brooklyn, Mississippi, no one dares make eye contact with the strange Caibre family. Until the rewards are worth the cost. The townsfolk come, cash in hand, always at night, to pay for services only a Gifted can provide.

No matter the Gifts prevalent in her family, at twenty-one, Tallulah is expected to follow the path laid out for her: marriage, babies, and helping her mama teach the family home school program. She’s resigned to live the quiet life and stay out of trouble…until she meets Logan.

An outsider and all around rebel, Logan doesn’t care about her family’s reputation. Yet after a tragic loss wreaks havoc on the crumbling relationship between the Caibres and the townsfolk, Tallulah must decide if love and freedom are worth risking everything.

Again, I waited for the laughter. Instead, Logan nodded, encouraging me to continue, and I realized that while part of me may have wanted him to bolt, but mostly, I really, really wanted to trust him.
I took a sip of my water to wet my dry throat. “So there’s my Grandma. Hers is the most important Gift. It is called Vigour, and it is pretty rare. Death and sickness are slower in her presence. She even ages slower. It drives my Mama crazy that Grandma has less wrinkles than she does. She’s also why our fruit trees are able to produce all year, and why our produce stand never has to close for the season.”
I plunged ahead, afraid that if I gave Logan one second of a chance, that I’d get that laugh or snide comment I’d been waiting on earlier. “Speaking of Mama, she can talk to birds. Crows are the chattiest, always gossiping and getting on her nerves. Daddy can call down the weather. He’s been known to shield the town from a few close calls with tornados. My sister Delia, and also my cousin Jack, they are Charmers. With a little eye contact they can convince anybody of anything.” I paused, looking down to my hands and smiling. “When we were little, Delia was always stealing candy. If a store clerk saw her, she’d just smile at them straight in the eye, and they would smile back, letting her take whatever she wanted. It’s also the reason Myrtle is so scared of her—but that’s a story for another time. I have a cousin who can see two minutes into your future just by touching you, and an Aunt who can—”
I stopped talking, suddenly aware that Logan was staring at me, open-mouthed. “Look, I know it sounds crazy. I do. But I swear I am telling you the truth.”
He nodded.
Here it comes, I thought, suddenly aware of how much his rejection would sting. I’d shared too much. Now it felt personal.
“I didn’t say that I think you are lying. It’s just— it’s a lot.  What about you? What’s your Gift, Tallulah?” He asked, straight-faced. The look made me suspicious, fearful the skepticism was coming.
I sighed.
“Mine isn’t that clear cut. But it’s another reason—on quite a long list—of why this has to be our one and only date.”
Logan narrowed his eyes. “That I don’t understand. If I said that I believe what you are saying, then why couldn’t we at least have a chance at getting to know each other? Let’s just say that I bought into all this,” he said. “That I believe you come from some kind of motley band of rural super heroes—then why would I need to stay away? I would know what I was signing up for.”
I smiled. Motley band of rural super heroes…
“You believe me?” I asked. The possibility never occurred to me, not really. I had never, not once even imagined that he would believe me at face value. I mean, I’d hoped it. Really hoped. And I knew he would hear the rumors, but to an outsider they would sound like small town legend. It was actually something that my family had counted on over the years. One of the ways that we remained hidden in plain sight.
Logan shrugged. “I think I do,” he paused. “What if I told you I had my own secret? That there was something that I never really talked about because it made me sound crazy?”
I stared at him, my eyes narrowing. What could he possibly have to say, after hearing about my family, that he wouldn’t want to say for fear of sounding crazy? I think I had just covered enough crazy for the both us. 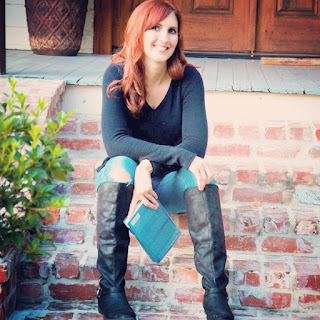 Em Shotwell is the author of Blackbird Summer with City Owl Press. She believes the most interesting characters are the ones who live on the sidelines, and that the smallest towns often hide the biggest secrets.

Em’s characters will bless your heart between sips of sweet tea- but be warned! There is often more to them than meets the eye. She loves to craft stories around outcasts and weirdos with a spark of magic and a penchant for finding trouble.

She lives in South Louisiana with a husband who spoils her and two mini-superheroes who call her mom. When she isn’t writing about misfits and oddballs, she enjoys spending time outdoors hiking, and debating Doctor Who facts with her obsessed ten year old.

Sign Up for a FREE Blackbird Summer Short Story 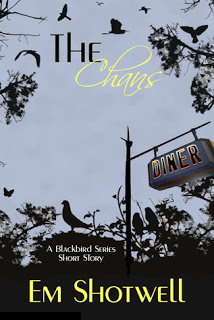