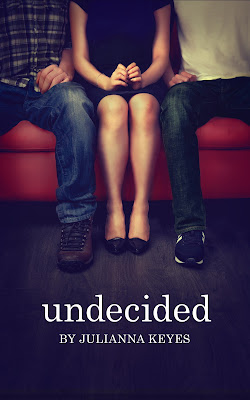 Nora Kincaid has one goal for her
second year of college: be invisible. Last year’s all-party-no-study strategy
resulted in three failed classes and two criminal charges, and if she messes up
again she’ll lose her scholarship. But there’s one problem with her plan for
invisibility, and his name is Crosbie Lucas: infamous party king, general
hellraiser…and her new roommate’s best friend.

Crosbie’s reckless reputation and
well-known sexcapades aren’t part of Nora’s studious new strategy, but as she’s
quickly learning, her new plan is also really boring. When Crosbie’s unexpected
gestures of friendship pull her head out of her books long enough to see past
his cocky veneer, she’s surprised to find a flawed and funny guy beneath it
all. The muscles don’t hurt, either.

But as Nora starts to fall for
Crosbie, the weight of one of last year’s bad decisions grows even heavier.
Because three failing grades and two misdemeanors are nothing compared to the
one big secret she’s hiding…

By the time I get home from work on Friday night, I’m more than ready for the boys to be back from the track meet. I smile when I bike up the street and see lights on in the living room, dragging my bike up the stairs and thudding inside to find Crosbie sitting on the couch, alone.
“Hey,” I say, looking around. Kellan’s room is dark. “Where’s Kellan?”
Crosbie stands and stalks toward me. “Does it matter?”
“Is he—Oomph!” I forget my question as Crosbie backs me into the wall and kisses me like I’m not the only one who missed somebody this week.
“You were saying?” he asks when we break apart to breathe.
I’m fumbling with the zipper on my coat, trying to get it off. Trying to get all my clothes off. “Are we going…to be…interrupted?”
Crosbie crouches and digs his shoulder into my stomach, hoisting me up and carting me into my bedroom as I squeal. I’m no match for him in any position, and this one certainly doesn’t make it easy. Fortunately I’m not upside down for long, because he tosses me on the bed and quickly covers me with his body.
“That’s all you want to say?” he asks, shoving my leggings down and helping me kick my feet free. “I’ve been gone all week and you want to ask about Kellan and interruptions?”
“Um…” I work on undoing the buttons of his shirt as I wrack my brain, trying to come up with the right answer. Finally I settle on, “Did you win?”

Julianna
Keyes is a Canadian writer who has lived on both coasts
and several places in between. She’s been skydiving, bungee jumping and white
water rafting, but nothing thrills—or terrifies—her as much as the blank page.
She loves Chinese food, foreign languages, baseball and television, though not
necessarily in that order, and writes sizzling stories with strong characters,
plenty of conflict, and lots of making up.

In addition to Undecided, she is
the author of four contemporary romances: Just Once, the story of a
world weary socialite and a stubborn ranch foreman; Going the Distance,
a love story set in China between a kindergarten ESL teacher and a former army
interrogator; Time Served, the tale of an ambitious young lawyer
whose perfect world is jeopardized when she reunites with her ex-con
ex-boyfriend; and In Her Defense, in which a ruthless young lawyer
realizes there’s more to life than being the best…right?