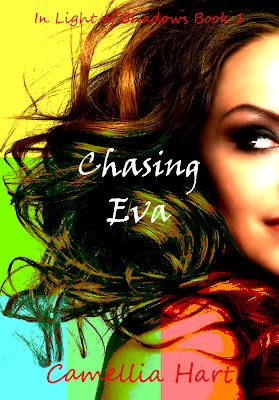 
After living through her share of disloyal relationships, Evangeline Avery will be damned if she lets another man cheat her. A beautiful and confident woman, Eva is the owner of an interior design firm at the brink of collapse. She swears to bring her company back to its past glory, even if it involves sweet talking the one man who caused this turmoil in the first place – Clive Stanton.


Notorious playboy Clive Stanton is a powerful businessman and a formidable enemy of many. He doesn’t do love, or at least not until he meets her again, fifteen years after he saw her last. Eva, his crush from teenage years, the one that got away, is back in his world and he is determined to do anything to make her his.


Will passion and lust bring them together or conflict and the unforgettable scars from their pasts forever tear them apart?

Camellia Hart, a techie turned author of romance, lives in San Francisco with her husband, the love of her life. Other than writing her next romance novel, her hobbies include traveling, lazing on a beach with a good read, watching movies with happy endings while gorging on endless buckets of popcorn, red wine, and champagne truffles.
Author Links: